“There is a change coming i think in the lives of girls and women. Yes. But it is up to us to make it come. All women have had up till now has been their connection with men. All we have had. No more lives of our own, really, than domestic animals. He shall hold thee, when his passion shall have spent its novel force, a little closer than his dog, a little dearer than his horse. Tennyson wrote that. It’s true. Was true.”

“[…] it was not so different from all the other advice handed out to women, to girls, advice that assumed being female made you damageable, that a certain amount of carefulness and solemn fuss and self-protection were called for, whereas men were supported to be able to go out and take on all kinds of experiences and shuck off what they didn’t want and come back proud. Without even thinking about it, I had decided to do the same.”

“The gymnastics of his mind I did not admire, for people only admire abilities similar to, though greater than, their own.”

“<<You have to learn to face things sometime.>>
I did not like the way she said this. Her briskness and zeal seemed false and vulgar. I did not trust her. Always when people tell you you will have to face this sometime, when they hurry you matter-of-factly towards whatever pain or obscenity or unwelcome revelation is laid out for you, there is this edge of betrayal, this cold, masked, imperfectly hidden jubilation in their voices, something greedy for your hurt. Yes, in parents, too; in parents particularly.”

“If we had been older we would certainly have hung on, haggled over the price of reconciliation, explained and justified and perhaps forgiven, and carried this into the future with us, but as it was we were close enough to childhood to believe in the absolute seriousness and finality of some fights, unforgivability of some blows. We had seen in each other what we could not bear, and we had no idea that people do see that, and go on, and hate and fight and try to kill each other, various ways, then love some more.”

“This was the normal thing in Jubilee; reading books was something like chewing gum, a habit to be abandoned when the seriousness and satisfactions of adult like took over. It persisted mostly in unmarried ladies, would have been shameful in a man.”

“I saw the buildings along the main street and it seemed they had a message for me, something concerning the temporary, and playful, and joyously improbable nature of the world.” 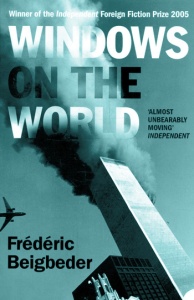 “The ordinary challenging relationship remains a strangely and unhelpfully neglected topic. It’s the extremes that repeatedly grab the spotlight – the entirely blissful partnerships or the murderous catastrophes — and so it is hard to know what we should make of, and how lonely we should feel about, such things as immature rages, late-night threats of divorce, sullen silences, slammed doors and everyday acts of thoughtlessness and cruelty.

Ideally, art would give us the answers that other people don’t. This might even be one of the main points of literature: to tell us what society at large is too prudish to explore. The important books should be those that leave us wondering, with relief and gratitude, how the author could possibly have known so much about our lives.

But too often a realistic sense of what an endurable relationship is ends up weakened by silence, societal or artistic. We hence imagine that things are far worse for us than they are for other couples. Not only are we unhappy; we misunderstand how freakish and rare our form of unhappiness might be. We end up believing that our struggles are indications of having made some unusual and fundamental error, rather than evidence that our marriages are essentially going entirely according to plan.”

“Without patience for negotiation, there is bitterness: anger that has forgotten where it came from. There is a nagger who wants it done now and can’t be bothered to explain why. And there is a naggee who no longer has the heart to explain that his or her resistance is grounded in some sensible counter-arguments or, alternatively, in some touching and perhaps even forgivable flaws of character.

The two parties just hope the problems – so boring to them both – will simply go away.”

“At the heart of a sulk lies a confusing mixture of intense anger and an equally intense desire not to communicate what one is angry about. The sulker both desperately needs the other person to understand and yet remains utterly committed to doing nothing to help them do so. The very need to explain forms the kernel of the insult: if the partner requires an explanation, he or she is clearly not worthy of one. We should add that it is a privilege to be the recipient of a sulk: it means the other person respects and trusts us enough to think we should understand their un-spoken hurt. It is one of the odder gifts of love.”

“The forthrightness of the middle-aged seducer is rarely a matter of confidence or arrogance; it is instead a species of impatient despair born of a pitiful awareness of the ever-increasing proximity of death.”

“Infatuations aren’t delusions. That way a person has of holding their head may truly indicate someone confident, wry and sensitive; they really may have the humor and intelligence implied by their eyes and the tenderness suggested by their mouth. The error of the infatuation is more subtle: a failure to keep in mind the central truth of human nature that everyone — not merely our current partners, in whose multiple failings we are such experts — but everyone will have something substantially and maddeningly wrong with them when we spend more time around them, something so wrong as to make a mockery of those initially rapturous feelings.

The only people who can still strike us as normal are those we don’t yet know very well. The best cure for love is to get to know them better.”

“[…] a couple would speak thus: ‘We accept not to panic when, some years from now, what we are doing today will seem like the worst decision of our lives. Yet we promise not to look around, either, for we accept that there cannot be better options out there. Everyone is always impossible. We are a demented species.’

After the solemn repetition of the last sentence by the congregation, the couple would continue: ‘We will endeavor to be faithful. At the same time, we are certain that never being allowed to sleep with anyone else is one of the tragedies of existence. We apologize that our jealousies have made this peculiar but sound and non-negotiable restriction very necessary. We promise to make each other the sole repository of our regrets, rather than distribute them through a life of sexual Don Juan-ism. We have surveyed the different options for unhappiness and it is to each other we have chosen to bind ourselves.’

Spouses who had been cheated on would no longer be at liberty furiously to complain that they had expected their partner to be content with them alone. Instead they could more poignantly and justly cry, `I was relying on you to be loyal to the specific variety of compromise and unhappiness which our hard-won marriage represents.’ Thereafter, an affair would be a betrayal not of intimate joy, but of a reciprocal pledge to endure the disappointments of marriage with bravery and stoic reserve.”

“Attachment theory, developed by the psychologist John Bowlby and colleagues in England in the 1950s, traces the tensions and conflicts of relationships back to our earliest experience of parental care. A third of the population of Europe and North America is estimated to have experienced some form of early parental disappointment (see C. B. Vassily, 2013), with the result that primitive defense mechanisms have been engaged – in order to ward off fears of intolerable anxiety – and capacities for trust and intimacy have been disrupted. In his great work ‘Separation Anxiety’ (1951), Bowlby argues that those who have been let down by the early family environment will generally develop two kinds of responses when they grow up and face difficulties or ambiguities in relationships: first, a tendency towards fearful, clinging and controlling behavior — the pattern Bowlby calls ‘anxious attachment’ — and second, an inclination towards a defensive retreating maneuver, which he calls ‘avoidant attachment’. The anxious person is prone to check up on their partner constantly, to have explosions of jealousy and to spend a lot of their lives regretting that their relationships are not ‘closer’. The avoidant person for their part will speak of a need for ‘space’, they’ll enjoy their own company and will find requirements for sexual intimacy daunting at points. Up to 70 per cent of patients seeking couples’ therapy will exhibit either the anxious or the avoidant mode of behavior. Very frequently, couples will contain one avoidant partner  and one anxious one, with each set of responses aggravating the other in a spiral of declining trust.[…] An avoidant attachment style is marked by a strong desire to avoid conflict and to reduce exposure to the other when emotional needs have not been met. The avoidant person quickly presumes that others are keen to attack them and that they cannot be reasoned with. One just has to escape, pull up the drawbridge and go cold. Regrettably, the avoidant party cannot normally explain their fearful and defensive pattern to their partner, so that the reasons behind their distant and absent behavior remain clouded and are easy to mistake for being uncaring and unengaged, when in fact the opposite is true: the avoidant party cares very deeply indeed, it is just that loving has come to feel far too risky.” 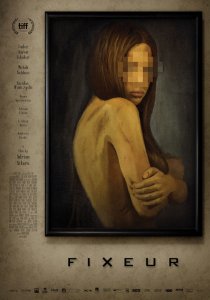